This past month we hosted a kid’s squirrel hunt.  I’m not sure who had more fun, the kids or the adults who came to help. All total we had 20 kids and they took over 40 squirrels for the day. Since then I’ve noticed several squirrels running around and they all seem to be celebrating that they survived the invasion.  Don’t worry we’ll do this hunt again next year.

The hunt was made possible with the help of a friend of mine who raises competition squirrel dogs.  Bryan Alexander who works with the Georgia Baptist Mission Board came and brought 3 other men along with their dogs.  We divided the kids up into 4 groups and spread out across our 2,465 acres. Each group had plenty of hardwoods to comb for those busy tails.  As a dog would tree a squirrel each hunter within the group would take turns shooting at the squirrels.  By the end of the day several of the kids had taken their first squirrel.

We came back to the lodge where the kids were treated to an introduction to Falconry by Dennis Mock and then treated to a bountiful meal of hamburgers, hotdogs and all the trimmings. Trust me, these kids, and adults, had walked up quite an appetite.  Of course, there was also the photo ops with all the kids and the 40+ squirrels spread out on the bench.  We had to put the hawk up first, she too was ready for lunch.

After lunch we circled up on the deck and talked about the morning hunt.  The kids had plenty of tales to tell of how they took their first squirrel as well as lots of laughter over shots missed and squirrels that escaped. Then we talked about the experience of hunting with well trained dogs.  The kids were ecstatic and amazed with how the dogs worked, how they could find a squirrel and know exactly which tree it was in. They also noted how well the dogs listened to their master and how the dogs would ignore everyone else. Obedience to the master really was the key to a successful hunt.

In John 10 Jesus talks to his followers about the importance of knowing the Good Shepherd and following him.  Jesus said he is the good shepherd and his sheep know his voice and follow his voice.  He leads them out to good pasture and back into the safety of the sheep pen. He is the good shepherd who lays down his life for his sheep.  However, the thief comes to steal, kill and destroy. It matters who you listen to and who you follow.

We know this is true for the kids.  They need to be careful who they follow.  In today’s world there are many who are trying to lead our kids astray and destroy their lives.  They need to choose at an early age to follow Jesus as Savior and Lord of their lives.  So do we adults.  Many times, as adults, we want to be Master of our lives and Captain of our ships. However, the wisest choice we can make is to daily take up our cross and follow Jesus.  When we are following Jesus, then and only then, will we be able to lead our families in a Godly manner. Today, maybe it’s time to act like a well-trained dog that listens to his master.  Make sure Jesus is your good shepherd and then listen carefully for his voice as he leads you and your family out into the green pastures of an abundant squirrel hunt, oops, I mean life. 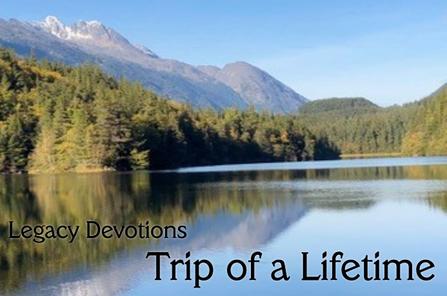 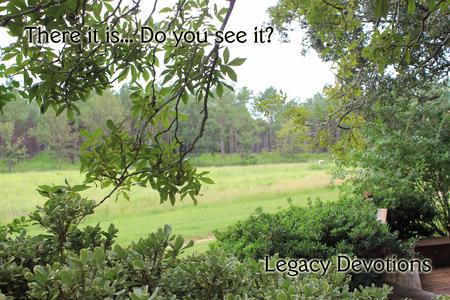 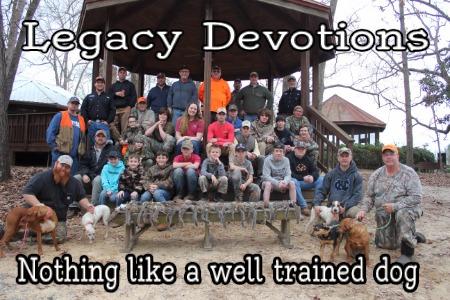